The link between asbestosis and vitamin D

Researchers have revealed a link between asbestosis and vitamin D deficiency.

Most people who develop asbestosis, a form of interstitial lung disease (ILD), have at some point in the past been exposed to asbestos, but not all.

New research suggests that a vitamin D deficiency could be another cause of asbestosis.

A study was conducted by Dr. Erin Michos and his research team at the Johns Hopkins University School of Medicine.

10 years worth of data was collated on 6,302 adults that were enrolled in the Multi-Ethnic Study of Atherosclerosis (MESA).

Results of this study suggest vitamin D plays an important role in the development of asbestosis and other ILDs.

The best sources of Vitamin D are naturally from sun exposure, or by consuming oily fish such as tuna, salmon, sardines and swordfish.

Vitamin D can also be sourced through dairy products such as milk and eggs, as well as some cereals and orange juices.

Of the people who took part in the MESA study, the average age was 62 years old.

53 percent of the participants were female, 39 percent were white, 27 percent were black, 22 percent Hispanic and 12 percent Chinese.

Participants gave a blood sample at the start of the study.

These blood samples were then tested for Vitamin D levels.

At the end of the study, the results gathered showed that a third of the study participants had a vitamin D deficiency.

Another third had “intermediate” vitamin D levels, meaning levels could be better, but weren’t low enough to be classed as deficient in Vitamin D.

And only a third of the group had healthy levels of vitamin D. 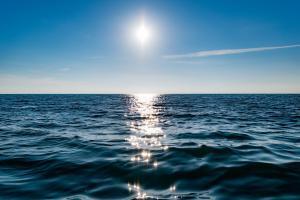 Scientists have discovered a link between vitamin D deficiency and asbestosis

Study proves lack of vitamin linked to progression of ILD

Study results showed that those people that had a vitamin D deficiency had larger volumes of bright spots on their CT scans compared with those that weren’t Vitamin D deficient.

50 to 60 percent of people studied with a vitamin D deficiency were more likely to have evidence of lung damage on CT scans after 10 years of follow up.

Along with vitamin D deficiency, other contributing factors to lung disease were taken into consideration such as past and current tobacco use, high cholesterol, obesity, physical activity levels, diabetes and high blood pressure.

Despite these other contributors, the link between vitamin D deficiency and greater risk of ILD remained obvious.

Although this study’s purpose wasn’t to explain whether vitamin D will protect against asbestosis, people should still make sure they are getting enough vitamin D, whether by sun exposure or diet.

Studies show that up to 80 percent of cancer patients may have a vitamin D deficiency.

A simple blood test from your doctor can determine whether or not you have low Vitamin D levels and they will advise on how to boost them.

Did you enjoy reading our article on the link between asbestosis and vitamin D?  Then check out our latest posts below.