Asbestos in schools is still a danger to children

Asbestos in schools is still a danger to children say experts

Asbestos in schools is still prevalent and Annabel Freyberg died as a result of this being a mesothelioma victim.

It is caused when small asbestos fibers from certain building materials get into a person’s lungs.

Annabel is just one of many victims to have developed this type of cancer and more and more people are falling victim to the terrible disease.

Britain as a whole has the highest death rate of mesothelioma, which is probably due to the fact that the material was used extensively by us Brits in the construction trade as it was considered to be an excellent insulating material and is naturally fire resistant.

Even though it was forbidden to sell or import certain types of asbestos as far back as 1985, the mesothelioma disease can take a long period of time to take hold and develop in a person’s system. All forms of asbestos were eventually banned in the UK in 1999.

Some people with very low resistance to asbestos fibers only need to be exposed to a tiny amount in order to develop the deadly disease, but it will take many years to become evident.

Death rate is rising due to asbestos in schools

As Asbestos was used so readily before the ban in 1999, it is believed to be present in more or less all schools built in the period between 1950 and 2000 and in many other types of buildings including houses, offices, shops and factories.

According to campaign group Asbestos In Schools, it is documented that over 40,000 people have died to date from the disease in the UK, including school children, teachers and staff  who have been exposed to asbestos over the years.

And according to Director of research and development at the National Heart and Lung Institute, Professor Sir Anthony Newman Taylor, an estimated further 60,000 to 70,000 have unknowingly been affected.

‘There has been a huge drop in exposure to asbestos since the Eighties, but this is a legacy disease,’ he says. ‘More than half the cases are still to come”.

‘There are around 3,000 new cases a year, people die within a year of diagnosis and there is no effective treatment.’

The death rate is continuing to rise by ten per cent every year and it’s estimated there will be a further 60,000 deaths from this disease over the next 30 years.

‘If we are to develop treatments, we need a much bigger research effort to find the gene mutations that cause a tumour to form,’ says Professor Newman Taylor.

‘At the moment, we don’t even know if the variation in susceptibility is inherited or just chance.’

In Annabel Freyberg’s case, she was only 52, and a well-known and very popular writer and journalist.

It was a very sad case indeed.

Particularly so as it was revealed that her nine-year-old daughter, Blossom, was subsequently losing a five-year battle against neuroblastoma, a nerve cell cancer that is completely unrelated, when Annabel tragically became ill and developed what doctors initially thought to be a chronic chest infection.

It later turned out that it was infact mesothelioma and doctors diagnosed her with the disease. 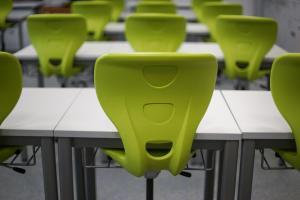 Annabel died back in December of 2013, just a mere 19 months after her daughter’s tragic death.

Her husband, author Andrew Barrow, was left as sole carer and parent of their other child, Otto, who was 12 years of age at the time.

‘We think about her all the time but I don’t want to dwell on the sadness,’ says Andrew.

‘She wouldn’t have wanted us to be downcast.’

Valerian, Annabel’s brother, has joined a campaign to address the issue of Britain’s mesothelioma plague and to raise funds for much needed research into the disease which is believed to kill just as many people as skin cancer, but it receives much less funding.

‘This is a terrible condition,’ says Valerian. ‘The number of deaths is increasing, people are more aware than they were a few decades ago, but there’s a long way to go’.

‘Annabel became ill six months before she was diagnosed, but she just assumed it was stress’.

‘It was only about two weeks after Blossom died that she actually went to the doctor’.

‘Antibiotics did nothing so she was sent for more tests and had a biopsy about four weeks later.’

Annabel had chemotherapy with cisplatin — but it proved so toxic it left her dramatically weakened.

‘It is very hard to gauge where the disease could have come from,’ says Valerian. ‘It could have been repair work at her school, but I honestly don’t know.’ 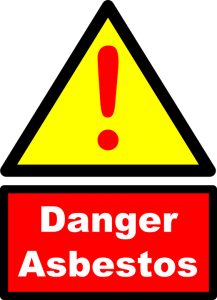 Annabel, just like the Duchess of Cambridge, was a student at Marlborough College.

The school have issued a statement saying that it acts ‘in accordance with the 2012 Control of Asbestos at Work Regulations’ which means that any evidence of asbestos found to be in its buildings must be encapsulated and inspected on a regular basis to ensure that asbestos fibers are not leaking.

Lord Freyberg, Annabel’s brother, isn’t the only Westminster figure to have been affected by the disease as there are a surprising number of other MP’s in parliament that have also been affected in some way.

For example, the wife of Lord Gidden, professor of sociology at the London School of Economics, died from the disease; the sister of former MP Lord McNally died after washing her husband’s work overalls that were contaminated with asbestos fibers; and the father of John Glen, MP for Salisbury, also has the disease.

Former MP for Liverpool Mossley Hill, Lord Alton, has stated that he witnessed many mesothelioma deaths among the shipyard workers of Merseyside.

He is now campaigning for more research to be carried out and also for more funds to be provided by the insurance companies as way of compensation for people who develop the disease and their families.