Tax chiefs at HRMC are facing a backlash after making people wait for too long, in a lot of cases of more than a year, for key evidence in asbestos compensation claims.

Lawyers state that on average it is taking around 383 days to retrieve the necessary employment records and HM Revenue and Customs are denying people the right to pursue their claims with previous employers over work related illness.

The widow of an insulation engineer who contracted the deadly disease mesothelioma after many years of working with asbestos has said the situation is crazy and something needs to be done to speed up the process for claimants. 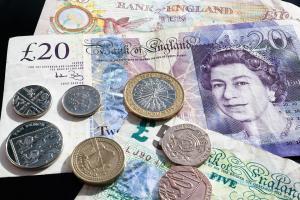 HMRC is blaming the situation and delays on there not being enough machines to be able to access records that are in archives on old microfilm, and also an increased number of claims resulting from heavy marketing from insurance companies on TV, radio and in magazines.

A HRMC spokesman says that they are doing their best to try and find spare parts to fix the old machines and are prioritizing the cases of those with mesothelioma with the aim of a ten day turnaround.

However, top law firm Irwin Mitchell have said that they have lots of clients with separate illnesses such as lung cancer, or widows who have lost their other halves due to asbestos related working conditions who are having to wait up to 18 months or more.

They have said that in cases such as these that the long delays were a breach of Article 6 of the European Convention on Human Rights where it states civil claims should be heard in a reasonable timescale.

A few terminally ill people are at risk of being denied justice altogether, lawyers have argued, and have accused HRMC of failing to act on requests for action.

It has come to light that employment records which are needed in order to identify employers or insurers liable to compensation claims were stored on microfilm right up pre 1997 when the whole system was updated and all records were changed to digital.

HMRC only have 36 operational microfiche machines though for the painstaking searches and even those need repairing on a frequent basis, meaning lots of searching for new parts or engineers in order to fix them.

The number of requests for records has trebled from 40,000 a year to 120,000 a year within the last five years with each needing around 20 items to be found.

HMRC said the demand was due to a combination in the rise of personal injury claims and heavy marketing from insurance companies which had put strain on the machines used.

A HRMC spokesman said they are working with the Ministry of Justice and others on ways in which they can improve the overall service and try to lower the number of requests for records.

However, Chief executive Jon Thompson has warned MPs not to expect any short-term improvement.

Irwin Mitchell have also questioned claims to prioritise all requests relating to mesothelioma cases and other life-threatening conditions both for living claimants and the relatives & widows of these victims.

In one location alone there are four cases being handled involving lung cancer, another five with other asbestos-related diseases and six other cases of people killed by mesothelioma, all of these being subject to long delays.

This suggests there being at least 50 on its books.

Storage of data on obsolete technology

Partner and expert workplace disease and illness lawyer at Irwin Mitchell, Roger Maddocks, has said his experience was that the 10-day turnaround was only granted to living mesothelioma victims.

Roger said: “It is particularly concerning that the backlog for work history requests is running at 383 days, preventing people determining their rights within a reasonable time.”

“We believe that the cause of the delays is the decisions that have been made in regards to the storage of data on an obsolete technology that has led to the creation of a labour intensive process to access this data and the lack of equipment to read microfilms.”

“We have yet to receive any indication that HMRC is taking any adequate steps to address these serious issues, which are having a significant impact on those who have developed terrible illnesses as a result of their employment, who are desperate for answers from their former employers about why steps were not taken to protect them, and their colleagues, from harmful substances.”

Marlene Hutchinson is one widow still awaiting compensation on behalf of her late husband and has been informed that it will take around 18 months to access his work records.

Mrs Hutchinson, from Middlesbrough, strongly believes that the cancer was caused by Lawrence’s job as an insulation engineer and working with asbestos.

She desperately wishes to see someone held responsible for his death, which happened within months of her previously healthy husband beginning to feel ill.

She said that failure to produce the records quickly,  despite her supplying HMRC with the required history, had left her in torment and distress.

“I thought I would give them everything I could and then it would get done. That is obviously not good enough.”

The law firm she was using requested the records on her behalf in April 2015 but were told they wouldn’t be supplied until August.

“I just want to make someone responsible. To own up. The more you read into it, the more you see that they knew but they were doing nothing. We didn’t know, but certainly companies knew.”

“I know all the companies he was working for but it’s just the dates which can be a little haywire. I had approximate dates for everything from the 1950s right through to when he stopped work.”

“I knew it would be months because government departments are never in a hurry.”

“But the other day they said it was going to be nearly 18 months which is crazy, especially when I have given them a starter.”

“A favourite word these days is closure and moving on and all that.”

“I now know exactly what they are talking about. I just want it sorting because it is hanging over you all the time and you know it is going to come back and upset you.”

“Surely they can invest a little bit.”