Two property companies, based in Greater Manchester, have been fined a total of £55,000 plus court costs after a hearing found that they had breached Asbestos Health and Safety Regulations by exposing workers to asbestos fibres.

Legal action was taken by The Health and Safety Executive (HSE) against Manchester-based developer and investor Hazelwise and Stockport company RH Property Management after dozens of damaged asbestos insulation boards (A.I.B) were found piled up at Brownlow Mill, Bolton in October 2010.

The prosecution told the hearing at Manchester Crown Court that there was no legally required plan in place to manage the asbestos at the mill. The HSE said they had been made aware of the issue when a contractor raised serious concerns regarding the A.I.B’s which had been stripped out of unoccupied floors at the mill, releasing potentially deadly asbestos fibres into the air, and left stacked up.

Upon inspection of the mill, the HSE issued two prohibition notices banning the removal of tools and other items from four floors of the mill, in case they had become contaminated, and preventing access to the floors. They also found asbestos was present in other parts of the mill, which were occupied by tenants, but nothing had been done to ensure occupants and their clients were safe from asbestos fibre release.

The court heard letting agent RH Property Management had raised the issue of the lack of an asbestos assessment in 2006 but did not take any further action. The HSE added that, Mill owner Hazelwise had also failed to arrange for an asbestos survey to be carried out. Both companies pleaded guilty to breaching the Health and Safety at Work etc Act 1974 for failing to ensure the health and safety of people at the mill.

Hazelwise also admitted a breach of the Control of Asbestos Regulations 2006 by failing to assess properly the risks from asbestos at the site and was fined £40,000 and ordered to pay £8,969 in costs while RH Property Management was fined £15,000 with costs of £11,011. 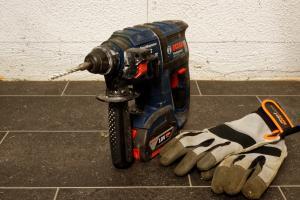 Ensure you operate within the asbestos law by implementing a Management Survey of your commercial premises or a required Refurbishment and Demolition Survey prior to the commencement of the works. Call the Armco office for a free quote on 0161 763 3727.