Women are being forgotten about as it’s usually men who become victims due to working in industries such as shipbuilding.

But there are more and more women who are developing asbestos related illnesses, such as mesothelioma, following exposure to asbestos at work.

On Saturday 14th October, Clydeside ‘Action on Asbestos’ group held an event for those affected by asbestos at work in aid of bringing them together.

They say that a lot more needs to be done to raise awareness.

Women affected by asbestos at work

64 year old Jane Capaldi, from Kilbirnie in Ayrshire, was diagnosed in June 2015 with mesothelioma in June 2015.

She had gone to see her doctor after suffering for a while with a persistent cough. 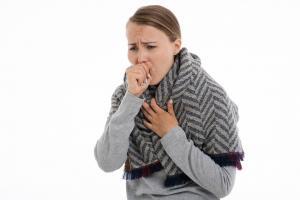 Jane was shocked to be told that she was suffering from mesothelioma.

They said that she must have developed mesothelioma after washing her husband’s work clothes.

Jane said, “But the timing was out by years – my husband didn’t work in heavy industry when we married.”

“I had worked in the old Coats factory in Paisley in the offices – and we would often pass through the factory area.”

“You would see open pipes and surfaces covered in dust. You had no idea – no-one really knew of the risks and no-one told you there might be a problem.”

“The diagnosis is devastating and comes so many years after you’ve been exposed to this material.”

“But you work through it as best you can with the support of others who’ve been affected.”

Another lady, 69 year old Mary Carroll from Glasgow, was only diagnosed with mesothelioma three months ago.

Mary said, “I trained as a cashier bookkeeper and worked for companies in Glasgow. In the first place we worked in an enclosed office known as the dunny.”

“I became an office supervisor and, in all the places I worked, you’d pass through distribution warehouses and the factory shop floor.”

“Asbestos was known as this great substance which was fireproof. We had no idea of any risks.”

“Years passed and I have been diagnosed with this terminal condition.”

“I developed quite a loud cough and they thought it was a chest infection at first and gave me antibiotics.”

“There is no cure and you deal with it as best you can. The support from Clydeside Action on Asbestos has been immense.”

Laura Blane, from one of Scotland’s leading asbestos lawyers, Thompsons, said, “We understand the terrible legacy of illness and premature death that asbestos has inflicted on people who worked directly in heavy industry.”

“However, what is less well known is the extent to which exposure has affected those who worked in offices, schools and hospitals which were lined with the substance.”

“Many of these victims are women. That is why the event that CAA has organised is so important and their ongoing campaigning to raise awareness is something we fully support.”