Former asbestos site in Rochdale is to be investigated

Former asbestos site in Rochdale is to be investigated

The Turner Brothers former asbestos site in Rochdale is to be investigated in order to assess the ground quality at the Spodden Valley location.

Rochdale council have issued letters to residents on Rooley Moor Road notifying them of the forthcoming investigation.

The letter invited it’s recipients to an ‘open meeting’ on the evening of Thursday 22 September where they could meet council officials, those consultants who were going to carry out the investigation and other representatives.

Residents were promised in the letter that they would be updated with any subsequent information regarding the planned investigation in advance of the meeting. 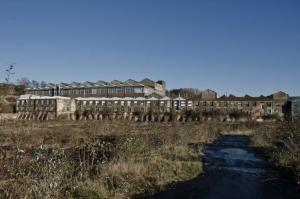 Local residents have always been hugely concerned about the risk of contracting mesothelioma or another asbestos related disease as a result of the contaminated former Turner Brothers Asbestos site, which was once the world’s largest asbestos textile factory.

The ‘Save Spodden Valley campaign’ was founded 12 years ago and it’s members have been working tirelessly to secure a safe future for the site.

A planning application was submitted back in 2004 to build over 600 homes and a children’s nursery on the site, but in 2010, and following a huge effort from the surrounding community, the plans were finally rejected and dismissed. 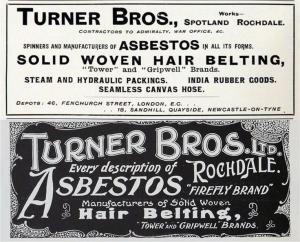 Co-ordinator of GMHC (The Greater Manchester Hazards Centre), Hilda Palmer, whose group have been actively involved with the issues surrounding the former Turner Brothers site in the Spodden Valley for over 11 years, said, “It is essential at every stage that the health and safety of workers on site, of the local people living around the site and of future users of the remediated site are fully taken into account and that the precautionary principle is applied.”

“Past false and frankly preposterous reassurances about the amount of asbestos on the site, and ludicrous underplaying of the the dangers posed, have left many of us very wary. We will need to be shown a process that will deliver a safe sampling and remediation, words alone will not be reassuring.”

As mentioned already, plans for the former asbestos site were submitted back in December of 2004 which consisted of an application to build over 600 houses and a children’s nursery.

Within the application was a report compiled by a business by the name of Design Planning Partnership.

They stated within this report that the site contained no asbestos contamination!

The local community were outraged and Rochdale Planning Department received over 1000 letters of complaint, with lots of people questioning these findings by the asbestos consultants that were employed to carry out tests at the site.

So in 2005, another team of consultants were brought in to test the site, Encia Consulting Ltd.

Their tests also supported those previously carried out by DPP, in saying that there was no risk of asbestos contamination on the site and it would be perfectly safe to build on it.

However, despite both companies findings, the plans were still rejected in 2010, and both DPP and Encia Consulting Ltd went into Administration in 2011.

Following on from this, further soil tests were carried out at the former Turner Brothers site in 2013.

These tests confirmed that there was indeed asbestos contamination in the soil, and further testing by United Utilities revealed high levels of asbestos fibers in the air also.