Asbestos legends and tales from as far back as ancient times

Asbestos legends and tales from as far back as ancient times

It has been called a mineralogical vegetable,  it is both fibrous and crystalline, elastic yet brittle, and can be spun and woven into tissue as cotton or the finest silk.

Called by geologists ‘asbestus’, the name of the mineral in it’s greek form signifies “indestructable”.

The french adopt the same derivation, calling it ‘asbeste’.

In Germany it is called ‘steinflachs’, and the Italians call it ‘amianto’, which means pure and incorruptable, so called because cloth made from it was cleansed by passing it through fire.

Legend has it that Charles the Great (Charlemagne), King of the Franks and Rome’s first Holy Emperor, is said to have had a cloth made of asbestos material in his possession.

One day after dinner, he astonished his rude warrior guests by throwing it into the fire, and then withdrawing it cleansed and unconsumed. 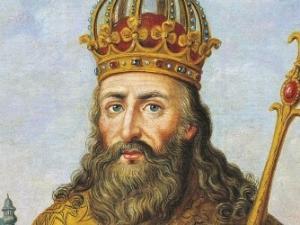 As opposed to this well known legend, a more modern tale involves a labourer in Canada in the late 1800’s.

The man had left Britain to work in Canada, seeking a better fortune, and found employment at once on his arrival in one of the many lumber yards, where his energy and great bodily strength soon secured him a good position.

It so happened, however, that one evening, on returning from their daily toil to their common apartment, some of his fellow co-workers saw him deliberately throw himself into a seat, kick off his boots, and then pull off his socks, and having opened the door of the stove, coolly fling them in onto the mass of burning wood.

Possibly, no particular notice would have been taken of this, it would have been judged as him merely fooling around as a newcomer, but when they saw him immediately afterwards opening the stove door again, taking out the blazing socks, giving them a shake, and proceeding to deliberately draw them onto his feet, that proved just too much for the onlookers!

Human nature could not stand that, so consequently, the horrified spectators having looked on for a moment aghast, fled from the room.

The work of the devil?

To them the facts were clear enough.

This, they said, was no human being like themselves.  It must be the work of the devil himself!

So off they went to the manager and demanded his instant dismissal, saying in no uncertain terms that they would no longer eat, drink or work in company with such a monster.

It turned out that some time before leaving England, the man had worked at an asbestos factory, where he had learned to appreciate the valuable properties of this mineral, and very cleverly he had managed to procure some of the material, and went onto knit himself a pair of socks, which he was accustomed to cleanse in the manner described above.

He was, as has been said, an unusually good workman, so consequently, his employers had no wish to part with him.

However, even after he had tried to explain, it was all in vain, as nothing could remove the horrible impressions that his conduct had made upon the minds of his superstitious fellow co-workers, so he had no choice but to go.

The properties of asbestos were known about in ancient times

The peculiar properties of the asbestos mineral were known about long before Charles the Great.

The ancients, who believed it to be a plant, made a cere cloth out of it, which they used to wrap around the bodies which were burnt at funerals, so that the ashes may be retained, seperate and intact for preservation in the family urn.

They would leave a hole in the cloth to allow free passage for the flames.

How they succeeded in weaving this cloth is unknown.

It has been suggested that it was done by weaving the fibers along with those of flax, and then passing through a furnace to burn out the flax.

The lamps used by the vestal virgins are also said to have been furnished with asbestos wicks, so that the modern adaptation of it to this purpose is only another exemplification of the truth of Soloman’s saying that, “there is nothing new under the sun.”